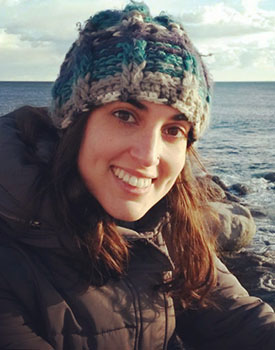 PhD student at Institut de Ciències del Mar. She studied Biology degree at the Universidad Autónoma of Madrid (UAM) and her master degree in Oceanography and Management of Marine Environment was at the Universitat Auntónoma of Barcelona (UAB). For the last three years, she has been working on the ResCap project, which aims to restore the marine gardens shaped by gorgonians in natural park of Cap de Creus. During this same period, she has also collaborated in the Miticap project, that tries to implement new technologies to mitigate the impact of fishing. In addition, she participates in scientific dissemination projects such as Mar a fons.